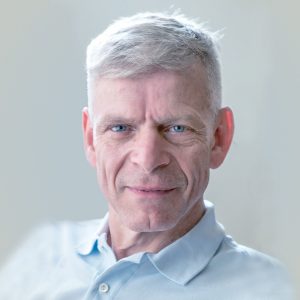 Laurent EI Ghaoui graduated from Ecole Polytechnique (Palaiseau, France) in 1985, and obtained his PhD in Aeronautics and Astronautics at Stanford University in March 1990. He was a faculty member of the Ecole Nationale Supérieure de Techniques Avancées (Paris, France) from 1992 until 1999, and held part-time teaching appointments at Ecole Polytechnique within the Applied Mathematics department and Université de Paris-I (La Sorbonne) in the Mathematics in Economy program. He joined the UC Berkeley faculty in April 1999 as an Acting Associate Professor, and obtained tenure in May 2001. He took leave from Berkeley from July 2003 until September 2006 to work for SAC Capital Management, a hedge fund based in New York and Connecticut. He has taught optimization in the EECS department (EE 127 / EE 227AT and EE 227BT), and a class on Optimization Models within the Masters of Financial Engineering at the Haas School of Business. Starting January 2022, he will be Dean of the College of Engineering and Computer Science at Vin University, a new university in Vietnam.

He is the recipient of a Bronze Medal for Engineering Sciences from the Centre National de la Recherche Scientifique (France), a CAREER award, an Okawa research grant, and a Google research grant. He is also the co-recipient of a SIAM optimization prize.