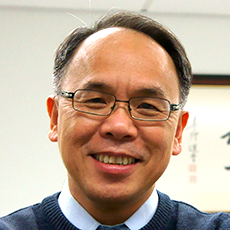 Professor Paul Yip is the chair professor of population health at the Department of Social Work and Social Administration, the Associate Dean (Research) at the Faculty of Social Sciences and the founding director of the Centre of Suicide Research and Prevention at the University. He has led two Chief Executive Community Project on Poverty Alleviation (2012-2017) and Suicide Prevention (2002-2006). His mission is to identify and develop good practices to promoting wellness in the population. He is the Chair of the Research Committee of the Family Planning Association of Hong Kong (2012-present). He served as the Secretary General of Asian Population Association (2014-2017), the interim Chairperson of the East and South East Asia and Oceania Region of the International Planned Parenthood Federation (2018-2019), the chairman of the committee of preventing students’ suicide (2016) and a member of the Steering Committee on Population Policy (2013) and an associate member of the Central Policy Unit of the HKSAR Government (2012-2014). He is a recipient of the Innovation Award of the Hong Kong Spirit, 2021; an Australia-China Alumni Award for Research in 2019; a medal of honor from the Hong Kong SAR Government in 2017; the Stengel Research Award from the International Association of Suicide Prevention in 2011, outstanding supervisor and researcher of the University of Hong Kong in 2010-11 and 2009-2010 respectively; a distinguished alumni of La Trobe University. He has published more than 550 research papers relating to population health.

He is working on the use of big data and machine learning to improve the mental health serviced for the Hong Kong community. He has published extensively in developing evidence based and data driven mental health enhancement project. His recent publications are in Lancet, Social Science and Medicine, Social Indicator Research, Journal of affective disorder, BMJ.