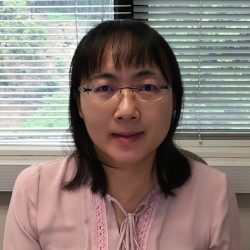 Professor
Department of Computer Science
The University of Hong Kong

Chuan Wu received her B.Engr. and M.Engr. degrees in 2000 and 2002 from the Department of Computer Science and Technology, Tsinghua University, China, and her Ph.D. degree in 2008 from the Department of Electrical and Computer Engineering, University of Toronto, Canada. Between 2002 and 2004, She worked in the Information Technology industry in Singapore. Since September 2008, Chuan Wu has been with the Department of Computer Science at the University of Hong Kong, where she is currently a Professor. Her current research is in the areas of distributed machine learning systems and algorithms, and intelligent elderly care technologies. She is a senior member of IEEE, a member of ACM, and served as the Chair of the Interest Group on Multimedia services and applications over Emerging Networks (MEN) of the IEEE Multimedia Communication Technical Committee (MMTC) from 2012 to 2014. She is an associate editor of ACM/IEEE Transactions on Networking and IEEE Transactions on Cloud Computing. She was the co-recipient of the best paper awards of HotPOST 2012 and ACM e-Energy 2016.