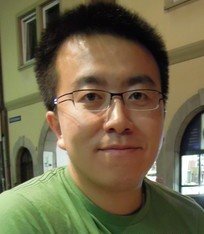 Dr Zi-Yang Meng is a computational condensed matter physicist, and his research focuses on developing and employing large-scale numerical simulation and machine-learning techniques to investigate quantum many-body systems and materials.

Dr Meng has been among the founders of the field explainable-AI inspired computational physics and material research, and he is well recognised for designing models and algorithms (such as Self-Learning Monte Carlo Method). He has made notable discoveries in topological quantum matter, frustrated magnetism, quantum phase transitions and critical phenomena. Dr Meng has published more than 100 SCI papers (with h-index 36 and ~4300 citations), including 1 Nature, 1 Nature Physics, 5 Nature Communications, 1 PNAS, 5 Physical Review X, 20 Physical Review Letters. He is also the PI of 3 General Research Fund grants of the Research Grant Council (RGC) of Hong Kong with highest point 5.0 and the group leader of National Key Research and Development Program grant by the Ministry of Science and Technology of China and Co-I for Areas of Excellence grant of RGC (2D Materials Research). He is currently serving as the panel member of the HKU-TCL Joint Research Center for AI and member of the editorial board of “Reports on Progress in Physics” of IOPSCIENCE. Besides, he has supervised 5 PhD students and 3 postdocs – he also has taught at all levels of the university and created the new course “Machine Learning in Physics” at HKU.

Dr Meng initiated many activities to promote the computational oriented research. He organized the Computational Initiative at Faculty of Science in HKU, invited and assisted 10 PIs across departments to perform their computation on the Tianhe Supercomputer — the fastest in the world — at the National Supercomputer Center in China. To enable students to grasp the cutting-edge technique in AI, he further started a new undergraduate course entitled “Machine learning in Physics” (PHYS3151) and formed a joint-university Computational Physics Study Group with 50 undergraduate and post-graduate students from HKU, HKUST, CUHK and SUSTECH. He taught and led the group with the aim of promoting and advancing the usage of computational study to the forefront of physics world.